It started with the question, “Are Mormons Christian?” Now 25 years and hundreds of audiences later, Rev. Gregory Johnson authors The BRIDGE Book (2018), which is the first to reveal the pivotal dates, scholars, theologians, and events that have crossed the Mormon – Evangelical divide in a “civil” conversation.

Seeking God’s agenda for the movement, Rev. Johnson invites Mormons and Evangelicals alike to “join the conversation” to learn:

Join the conversation at TheBridgebook.org! 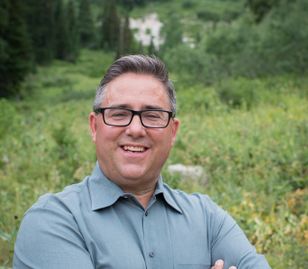 Greg Johnson was raised in the Mormon Church and was born again at a Christian camp just outside of Colorado Springs at age 14. Because of his background in Mormonism, Greg is passionate about building a relational dialogue with members of the Mormon faith, particularly with Mormon leaders and scholars. He facilitates and participates in LDS/evangelical dialogues between university students, scholars, and leaders. Dr. Robert Millet of BYU and Greg released, “Bridging the Divide: The Continuing Conversation Between a Mormon and an Evangelical,” in 2007, and have held 60 public dialogues throughout the US and in Canada and England.

Greg graduated from Westmont College in Santa Barbara where he majored in Social Science with an emphasis in Sociology and received a Minor in Religious Studies in 1989. After college, Greg graduated with Honors and received a Masters of Divinity from Denver Theological Seminary in 1992. He is married to Jill and they have four children, Indiana, Reagan, California, and America.

It is because of Greg’s passion for the Body of Christ to be ONE that he has given himself fully to the task of casting vision for unity, prayer, and strategic evangelism within the context of the Utah culture. It is his heart to see the Body of Christ committed to unity that the world might know that the Father has truly sent the Son (John 17:21). Greg has served as an At-Large Board Member of the National Association of Evangelicals since 2008, and was ordained by the Conservative Baptist Church in America in June of 1993.

Although Mormons and Evangelicals share many “Christian” values, a theological divide separates them. Despite a mutual conviction and compassion for society and its condition, the divide has continued, unfortunately, to separate both faith communities. Debates, ambush evangelism and “stealth” techniques have not helped the two communities answer life’s most fundamental questions.

But in 1992, a “conversation” began to bridge the divide. Since then, and despite opposition from critics and personal support from several Senior Mormon leaders, thousands of Mormons and Evangelical Christians have engaged in a diplomatic dialogue serving to understand each other’s viewpoints, differences and commonalities. THE BRIDGE represents this conversation, which has brought together some of today’s most honored academics and theologians to investigate this inter-faith relationship with “convicted civility” rather than “confrontational apologetics.”

Rev. Johnson knows the whole history. Not only is Rev. Johnson blessed with significant memory bandwidth, he spearheaded the precedent-setting panel discussion in May 1992 that challenged faculty at the Denver Seminary to read and address the book “Are Mormons Christians?” by Dr. Stephen Robinson of BYU. In THE BRIDGE, you will read the incredible journey that led to the written conversation “How Wide the Divide” in 1997 by Bible scholar, Craig Blomberg, and Mormon Professor of Ancient Scripture, Stephen Robinson. Ten years later, after crisscrossing the country for audiences to join the discussion, Rev. Johnson and Dr. Robert Millet, now-retired Mormon Professor of Ancient Scripture and former Dean of Religion at Brigham Young University, penned “Bridging the Divide” in 2007. Rev. Johnson and Dr. Millet have since engaged in this dialogue for public audiences 65 times.

Today, THE BRIDGE book continues the conversation that started 25 years ago, to inspire readers hailing from both Mormonism and Evangelical Christianity to approach the divide between them with conviction and civility. By examining the differences that divide both faiths, the reader can learn more about their own faith, and where it came from, as well as become comfortable looking at each other eye-to-eye, and engaging in a dialogue with grace and truth. THE BRIDGE serves as an example of how Mormons and Christians can engage people from other faiths to discuss what they believe and why without combative debates that only increase the divide.

We bring you The BRIDGE in order to:

Rev. Johnson plans to include a companion Six-Week Bible Companion Study for Evangelical churches that emphasizes the foundations of the Christian faith, guidelines for hosting a Mormon / Evangelical conversation event, along with guidelines for building THE BRIDGE with convicted civility.